Tripawds Supporter sites have no ads!
Skip to content

Tripawds is a user-supported community. Thank you for your support!

Whoops – haven’t been posting here, but have been busy in the forums! What an amazing place to get support.

So we are about 4.5 weeks in now, and things are still very, very hard for us.  A few days after the surgery, Marley ended up tearing her ACL – on the same side as her amputation. I feared the worst, that we would have to put her down, because obviously we couldn’t go back into surgery 84 hours later. We took her to our amazing rehab vet who did an exam and felt optimistic we could treat this conservatively – or at least try. That would involve a lot of rest and weekly laser treatments. We have our follow-up appointment tomorrow to see if the laser has had a positive impact on her or not.

Unfortunately, the hits didn’t stop coming there. We are still consistently getting yelping episodes, sometimes up to a dozen or more a day. It is damn near impossible to tell what is causing it. It always happens either when she’s just standing there, or lying down. Sometimes it’s when she’s bending her neck downward to lick her leg – but not always. And to have it happen when she isn’t moving AT ALL? That stumps (pardon the pun) me. Is it a muscle strain? Nerve damage? Phantom limb pain? We have called our surgeon today to see if he has any ideas…but this has to be the worst part of the whole ordeal for us because it leaves me feeling totally helpless when she yelps. It has also made her incredibly anxious, likely because she doesn’t even know what triggers the yelping/how to stop it, so she feels very limited in where she wants to spend her time and how she wants to move her body. She doesn’t want to spend time on the main floor with us, and feels safest in her crate in the basement (although she will still whine to come upstairs… and then refuse to lie down ANYWHERE once up here, so I move her back downstairs). She has completely stopped using any of her dog beds or sleeping in bed with me. Instead, she will only sleep in her crate. She will lie on the grass outside too, but that’s basically it. If those two areas aren’t available for her to lie down, she just won’t lie down. She will keep pacing, and keep hopping. It’s hard as hell to watch. It’s such a change in behavior and really breaks my heart, but we are going to try to press forward and get some answers.

I do have her on a cocktail on meds still, and we recently introduced CBD, which I think has really helped. We had a couple AMAZING days this week (about days 3-4 of introducing it) where she was calm throughout the day, but had her old personality back (something I rarely see anymore). Haven’t noticed a decrease in yelping, however, the general anxiety/pacing was much calmer for a few days. Last night and today it’s right back up to the high levels which is frustrating. The constant guesswork, changing things, taking things out, adding things in, seeing things get better, seeing things get worse – is overwhelming.

Tomorrow we talk to the rehab vet and I will bring up these concerns. Hopefully the surgeon calls back as well. If only I could talk to my girl and get some answers from her!

Happy on the lawn yesterday 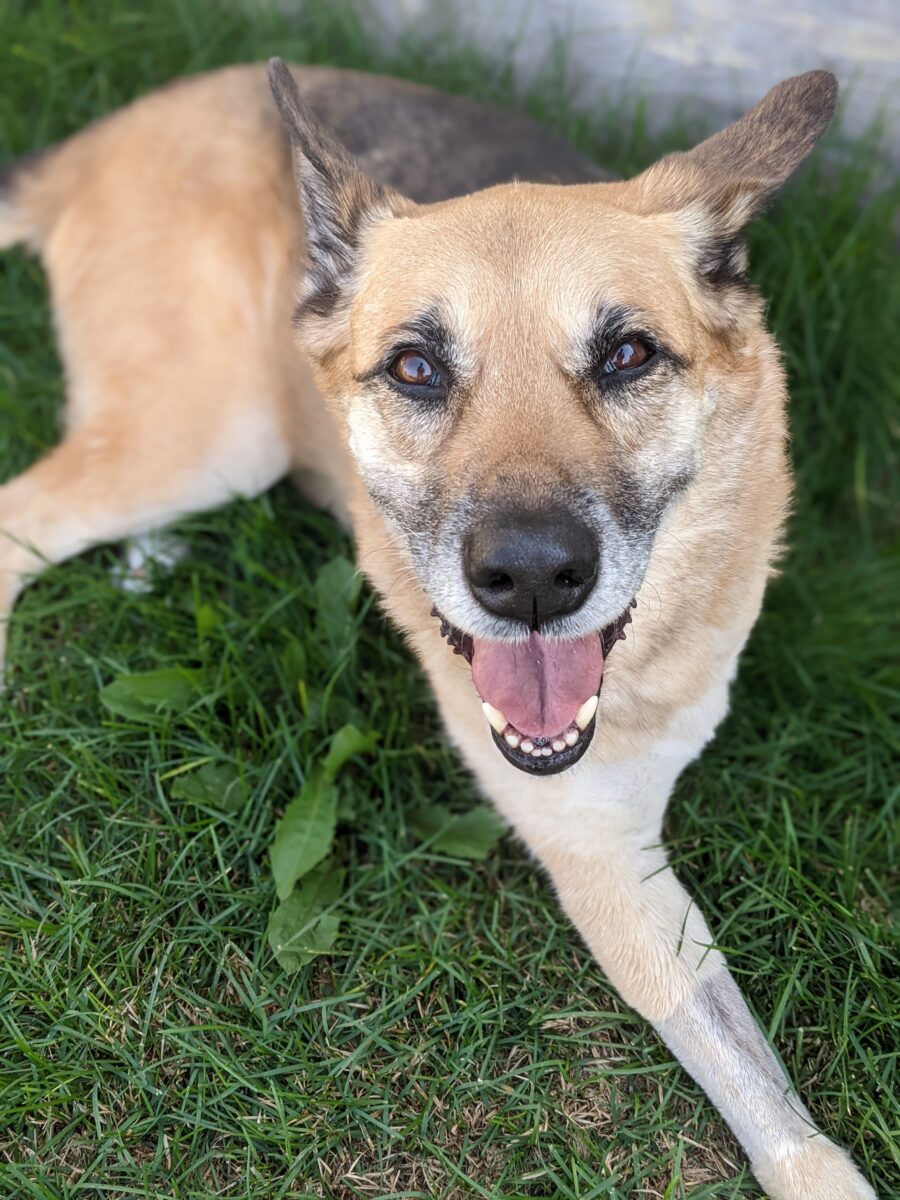 To remove ads from your site and others, upgrade to a Tripawds Supporter blog!

This site uses Akismet to reduce spam. Learn how your comment data is processed.

About Your Tripawds Blog:

New Tripawds Bloggers: Please review your default first blog post for help getting started with your blog or review the Help Videos in your dashboard. Edit these widgets from your Appearance settings to remove this notice, upload a custom header photo, or choose from 130+ themes, and much more!


Tripawds Supporter sites have no ads!